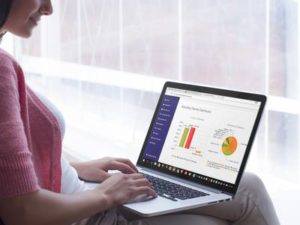 Now is a great opportunity to take the time to plan out our finances and prepare for the future.

We know that it’s important to have a money management plan but it never seems to be the right time. There is always something else that gets in the way and we never get around to it. In most cases a little waiting doesn’t do too much damage so long as it doesn’t go on for years but unfortunately time ran out for so many people and they’ve been caught out with no emergency savings funds and debts that don’t have income anymore to make the payments.

I think there could be no greater example of why it is important to have a plan, learn how to stick to it and change your habits accordingly.

However, I think most people know that is much easier said than done. Besides the time it takes, there is other factors that get in the way.

So here are a few myths and mistakes that surround money management and were passed down to us from our upbrining. There are many more!

If only that was true but many a person has received a payrise, being given a bonus, an inheritance or won money and it hasn’t made any difference long term. If the behaviour that causes people to spend more than they earn or live payday to payday doesn’t change then having more money just means you have more money to do it with.

You may be surprised to learn that people on higher incomes, in fact well above average,  struggle to manage their money just as much as people on lower than average incomes.

While people on really low incomes are much better at budgeting simply because they have to be. There is no room for error!

Nothing could be further from the truth. Of course, you need to make it balance but that is through prioritising. You are here to enjoy life but I question the idea that sliding further into debt and not being able to sleep well at night due to money worries is fun!

If we think this through a bit more, is $200 spent on snacks and drinks every week more important than the holiday you wish you could afford.

It is extremely important to have a weekly allowance. An amount you can spend freely and without guilt. The question is though how much will be used as an allowance and how much are you willing to put aside for the things you say you can’t afford like holidays, dental work, repairs and debt repayment.

That’s where spending plans come in and allow you to see what effect one change makes on the overall picture.

Imagine instead of spending those small amounts that you saved them and put them to use in making more money for you. Instead of living payday to payday, you’d have an additional income stream and could withstand unexpected events much better.

There’s a brilliant book you might like to read that sheds some more light on this idea. The Richest man in Babylon by George S. Clason. It is a short, easy to read book offering personal financial wisdom through parables and was written in 1926.

4. Budgets are set and forget

This is the idea that you take your piece of paper and pen or excel spreadsheet and enter your income and a bunch of expenses. If the end result equal zero and above then all is well. You then take the budget put it in the drawer or computer file and go about life.

This kind of thinking is what causes so many people problems.

This planning effort generally occurs in one sitting and provides no routine way of checking that everything has been accounted for, that there is sufficient money in your accounts at the right time and a way to follow up and ensure you are following the plan.

It simply not enough to set and forget. You must make sure the plan works and is a true reflection of what is happening day to day.

Very few people have been taught how to manage money effectively, it certainly isn’t something we learn about in school. Most people are winging it and hoping that it works out in the long run. There really is a better way and the long-term result is that you become empowered and boost your self-confidence.

I would urge you to take this time and really look at how you could be better prepared for the future once this world crisis is over. I really believe that what has made this event even worse is that so many people were financially unprepared to survive any loss or reduction of income.

I hope nothing like this ever happens again, but the fact is we do not know what the future holds for us. The best we can do is to be prepared in the background for “something” and then get on with living a great life.

These are just some of the mindset issues that cause us problems. If you would like to know more about what’s causing you long term financial stress and how you can overcome it, you can visit www.yourmoneyhabit.com.au and it isn’t just the need for more cash.

About Amira MacCue  Founder of Your Money Habit